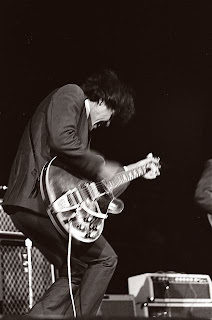 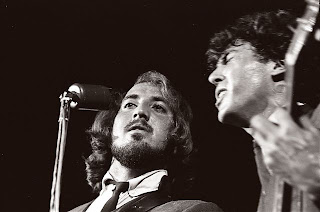 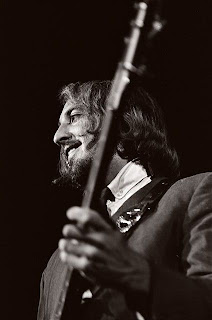 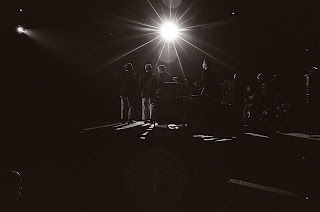 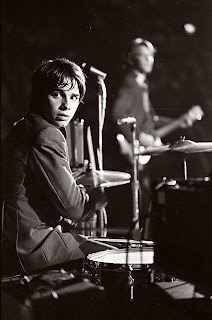 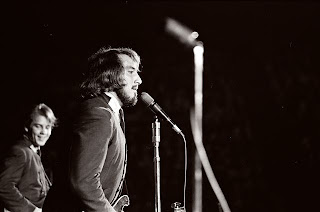 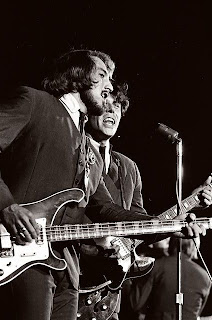 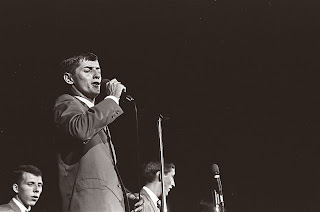 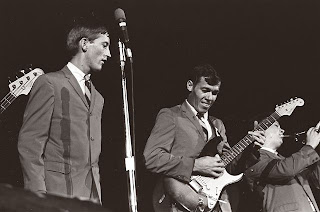 The above images of the Spontanes of Gastonia, North Carolina opening for the Dave Clark Five at the Charlotte Coliseum on July 25, 1965 are courtesy of Pete McKnight.

A recent email conversation with the granddaughter of Joe Ray McDowell follows:

I am the relative (granddaughter of Joe Ray McDowell) that contacted you a few years ago . Where is it possible to purchase a copy of this book ? I know my grandmother wants a copy as well as my mother?

I would like to know more about Joe Ray. Could you put me in touch with your Grandmother? I assume she was Joe Ray's wife.

I wanted to know primarily if Joe Ray was the lead vocalist for the Five Jays who recorded a song in Atlanta for Bill Haney's Chant label. I assume that you are aware that the Spontanes and Joe Ray and the Spontanes have cuts on the Hey Baby Days of Beach Music series. The listing is shown at www.heybabydays.com Give me a couple of days and I will locate some books for you, your mother and grandmother. It's wonderful to see three generations that appreciate the same wonderful music. Thanks to Pete McKnight for connecting me back to you. I do remember your email back at least a couple of years ago asking about the availability of recordings of Joe Ray. I recall referring you to Ripete Records who licensed and produced the cuts that appear on the HBDBM
series. I am going to post your email and Pete's to the blog and maybe some additional sources will emerge.

On another note, I remember seeing the band perform in the late 60s at UGA and thought they were great, but then again, that seemed to be the norm for bands from NC.

I did get in touch with Ronnie Gittens prior to his death. My uncle (Joe Ray’s only son, Cary Dowell) took me to meet him and he gave me 3 copies of an old 45 that he had where Joe Ray was singing lead vocals.

I can ask my grandmother if she would like to talk to you, and we’ll see what we can do. I know she has been asking about the book in the past.
It would be wonderful for you to get us copies of the book, just let me know how much to send you for them and I will send you a check.

When I was making a scrap book for my mother a couple of years ago, I found some pictures of where he played as a Spontane and as a Five Jay. I believe his brother Jay was also in the band as well (The Five Jays, I mean).

Thanks for taking the time to respond to me. I have sent the pictures that Pete sent me to my mother and also my grandmother.

Do you have the Five Jay recording ? If not, I'll try to get you a copy of the CD on which it appears. And thanks for all the information. Your Grandfather had a great voice and was quite an entertainer.


I do not have the recording of the Five Jays, but I know my mother and Jay’s nephew (Duane Dowell) would be very interested.

Joe Ray and J.C. Dowell Jr. both were in the Five Jays. Mildred Dowell (both Joe’s and JC’s step-mother, but who raised both of them) recently passed away last week, and my mother’s cousin Duane Dowell was up here and they were talking about the Five Jays and trying to find some pictures.

Again, thank you for all your help.


Memories of the Spontanes ? Joe Ray Dowell , Ronnie Gittens, James Bates and other members of this great North Carolina band ? drop us a note !
Posted by heybabydays at 8:07 AM 3 comments: