Please Look Back: From the Hey Baby Days, the unofficial release of the In-Men Ltd.’s live demo made for Curtis Mayfield (1968) 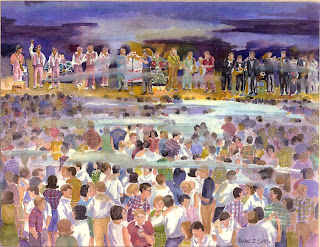 In the late summer of 1969, the In-Men Ltd. of Burlington, North Carolina appeared in the Waycross City Auditorium for a show of which I was the promoter. In the image above the In-Men Ltd. are the tuxedo-clad musicians. It’s pretty easy to figure out who the other two sets of performers are by noting the Tam o' Shanters and the madras pants.

Rachel Settle a Waycross Georgia based artist did a wonderful depicting my memories of these performers as they appeared on that stage and her work has become the logo of the Hey Baby Days as used on the dust jacket and the web site. Unfortunately, the In-Men Ltd. show & dance (as we called them back then ) did not go real well from the box office perspective. You could have rolled a bowling ball down the center of the dance floor without even coming close to hitting anyone. My excuses for the bomb are detailed in an entire chapter in The Heeey Baby Days of Beach Music called “Down in the Alley with the In-Men Ltd.” After one set, the band and I decided to turn the lights out and go bowling. This is just too bizarre to make up.


However, that one set of music offered by the In-Men Ltd. that night in Waycross, Georgia in 1969 made an impression that has lasted a lifetime… one that rates right up there with the night I first saw the Swingin’ Medallions at the Jacksonville Beach auditorium. These bands were all about horns and show!

Certainly the financial impact of a failed show wasn’t good for anyone, me, my creditors, the band , etc It also disturbed me that a great band with a ton of horns came to town and just a handful of people saw them . But today, we are changing all that thanks to Dr. Sonny Long of the In-Men Ltd. who has permitted me to share with you what you may have missed back then.

During the research phase for the Heeey Baby Days of Beach Music, I met a gentleman from Burlington North Carolina that had in his possession a demo tape that the In-Men Ltd. had produced for Curtis Mayfield who was apparently considering them for his Curtom label. Why wouldn't he? The In-Men Ltd. sounded like the Impressions as well as the Temptations . In fact the Temptations once asked them not to do any of their songs when they were on the same show. It was a compliment well earned !

The demo that you will be listening to was made on the spot in one take in the Copeland Studios in Greensboro, North Carolina . When Alan Brantley first played it for me back before the book was published, I told him that it sounded just like what I had heard back in 1969 in a lonely Waycross City Auditorium. One of the song clips in the medley is the In-Men Ltd.s cover of the Artistics, ”I’m Going To Miss You”. It was a must for the book’s companion CDs . Not many bands do this song, they don’t have a Mickey Combs who could hit the required high notes. When listening, make sure your crystal is safely stored.

When you hear the clip of "The Letter" it should stun. It was #1 for The Box Tops so it's hard to think anyone besides the Box Tops or Joe Cocker could make any substantial improvements on what we all agree were masters. May I submit another master version of "The Letter," one of the zillion songs written by Wayne Carson.

Thanks to Alan Brantley for his preservation effort .

Thanks to Tim Eaton for his editing, restoration and production.

Most of all thanks to the In-Men Ltd. who made this remarkable recording.

Before you click and listen, please read the following:

This is a 20 minute recording, once you click, prepare to listen to all of it and get in the mood of the Hey Baby Days, visualize the tuxedo- clad musicians you see in the image above sharing the stage with the Tams and Swingin’ Medallions. After all, they all shared the stage at “The Party To End all Parties” If you happened to have been a member of Kappa Alpha at UGA in the mid 60s, you don't have to visualize, you know what I'm talking about.

Members of The In-Men Ltd. through the years can be found at http://www.heybabydays.com/In_Men_Ltd.pdf 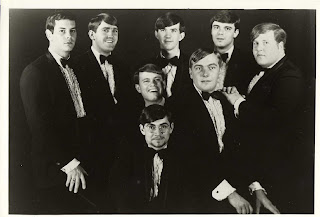 Pictured in the photo above: ( This line-up of the In-Men Ltd. recorded the medley and also appeared in Waycross in the summer of 1969)


More photos of the In-Men Ltd. are available at several locations at the site


Now Ladies and Gentlemen “Please Look Back” at one the great show bands of the Hey Baby Days, The In-Men Ltd.

Click the post title and download the sound of the Heeey Baby Days of Beach Music starring The In-Men Ltd.
Posted by heybabydays at 2:17 PM No comments: 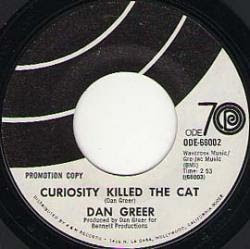 Here's a collection of names you rarely see grouped together in a Beach Music posting: Dan Greer, Mayer Hawthorne, Kurt Harris, Motherlode, The Pieces of Eight and Hourglass ( Allmans) but read on and click on the links to music that you may or may not be that familiar with:

It's only 5 Men-Its to the Hourglass

In 2010, I went to Jim Russell’s a fascinating record store on Magazine Street in New Orleans hoping to find some additions to my collection. You don’t have to download everything…they still make turntables. I especially like the retro turntables that enable you to make digital files so you can download on to your IPOD so you can maintain the file so that when you lose your IPOD which I frequently do, you’ll have a backup. After having such an exotic piece of equipment for two years unused, my son, the musician, finally showed me how to use it.. he said I needed to download some software… what Audacity he has… but I did find the right free Audacity software so now I’m in business, maybe

After giving the store owner an idea of what I was looking for I was directed to a 45 RPM by Willie Tee that I did not have, “The Man That I Am ” on the Gatur label. It’s great soulful ballad by the Beach Music icon. I had never heard this Willie Tee song but found it to be a great soulful ballad. The shopkeeper suggested that I might like another record as well so I bought it without hearing a note, glad I did. So I bought I bought “Curiosity Killed the Cat” by Dan Greer. I noticed that on the label it had the production company listed as Waycross Music. Now Waycross, Georgia is my hometown but I don’t remember a cat by the name of Dan Greer, curious or otherwise, but I liked his song and his voice. This cut sounded like it might have been recorded during the height of the hey baby days maybe around 1967 but it was apparently recorded just outside the HB zone in 1970. It has the two essential qualifiers for my taste: uptempo and horns.
Check a snippet of it out from a clip I found on line. Click on arrow to activate sound and be sure to read the comments associated with the link. CAUTION: a very scratchy start: ( copy and paste the following link in your browser as I have not yet mastered the art of making it easy to click and listen)

Not sure Mayer Hawthorne has ever heard the term ”Beach Music” and if so, he may think Beach Boys. Some pundits think he has created a new Motown classic but “not so” says my son, the professional musician. Wise, before his time at 32, he said that he has heard people refer to “The Walk” as new Motown. He says “they just don’t know the difference between the classic sound of Motown and the classic sound of Beach Music. I agree with him that the “The Walk” by Mayer Hawthorne has the classic sound of Beach Music however the great lyricists of both genres were a bit more discrete with their wording. The subtle difference between Motown and Beach Music is a little vague for the commoner. lol

We offer two versions of “The Walk” found on line. If the first one is a little too violent, switch to the next one which is one of the band's live television appearances.

If this link is a bit much for you, try the next one . ( copy and paste the links in your browser)


The Emperor of My Baby’s Heart recorded by Kurt Harris in 1964 and in recent years covered by Paul Craver of Beach Music fame was a Northern Soul classic that would have been on any juke box at UGA had we known about it… or maybe we were not paying attention. Check it out …


Researching a bit, it appears that Kurt Harris may have had origins in the coastal Georgia counties Macintosh and Glynn counties. When we find out more, maybe he too will be added to the honor roll of great R&B ers from South Georgia that includes many …Jesse Boone, Ray Charles, Little Richard, etc. JB hails from north of the gnat line!


Just at the very end of the Heeey Baby Days of Beach music in 1969, a song appeared in American Top 40 that again has the great sound of Beach Music. I am not sure I first heard the original version on the radio or at a Beach Music revival as performed by the original Bits& Pieces which were formerly the Original Second Pieces of Eight. It does not matter though, they were great in any form and are still out there today doing both, “Lonely Drifter” and “When I Die” as the original Second Pieces of Eight. Here’s the original ‘When I Die” by Canada’s Motherlode, some of whom were friends of my friend Peter Whatmore of London Ontario. I was not able to find the Pieces of Eight’s version of “When I Die” on Youtube but their cover is a great one ! Melodic as Bamie would say !

It's Only 5 Men-its to the Hourglass

Finally, a cut that appeared on a 1968 Hourglass album that has a great Beach Music sound ... You wouldn't suspect after listening to this cut that a couple of years after Hourglass made this recording for Liberty records, they would become synonymous with Southern Rock as the Allman Brothers. But before all of that happened , two sets of good old boys from Alabama and Florida ( the Five Men-its and the Allman Joys) got together as Hourglass and created a little soul music !