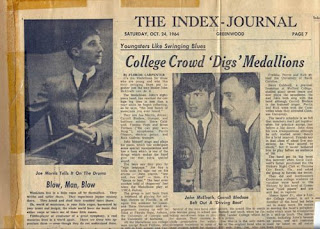 Perrin Gleaton joined the Swingin' Medallions in 1964 replacing Cubby Cubertson the guitar player who had heard Dick Holler and The Holidays perform "Double Shot" at the Army Navy club in Columbia and thought that the band should put it in their repertoire and so they did. Gleaton joined the band as they headed for a gig in Panama City at the Old Hickory . It was in the Summer of 1964 that the band accidentally expanded to a five man horn section, which was highly unusual for a total eight piece band but with John McElrath covering the bass from the keyboards, it was possible. Trumpeter Carroll Bledsoe and Saxophone player Brent Fortson had to return to Greenwood for school obligations and Rick Godwin and Fred Pugh were there to replace them. However, before Bledsoe and Fortson left, Godwin and Pugh were there to observe the routines so that the transition would be smooth. But when all five horn players were on the Old Hickory stage at one time, the crowds would go wild. Therapists were brought in to deal with the crowd hysteria but it was to no avail. The sound of five horns on many of the band's core songs was a huge crowd favorite and from the Summer of 1964 on... the Medallions employed a five man horn section on many of their songs which pleased the crowds.
Today's band also has the five man horn capability which occasionally swells to 8 or 9 when some of the old guys show up for reunions. Perrin Gleaton remained with the Medallions for most of 1965 and played lead guitar on"I Want To Be Your Guy," a song written by Bob Meyer (of Rivieras fame) and Harry Karras (producer for Double Shot). Gleaton returned to school and was replaced by Jim Doares. During Gleaton's tenure as guitarist, he saved photos and newspaper clippings and other memorabilia that he graciously shared for the book. Some of the photos also appear in "The Heeey Baby Days of Beach Music" but many of the ones that are included in this post are being published for the first time.

(1.) We think this is Steve Caldwell but could be most any of the horn players

The next group of photos are from 1965 , and many were taken at the Old Hickory in Panama City, Florida 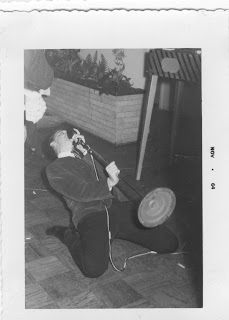 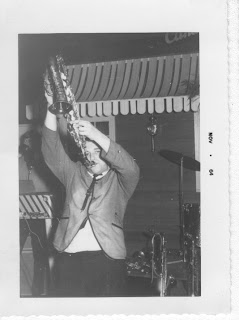 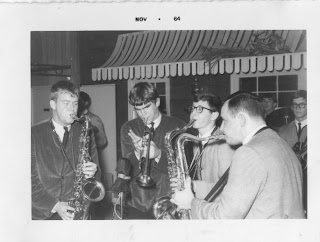 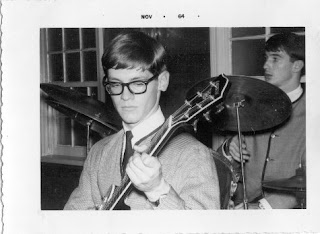 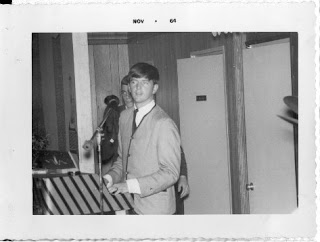 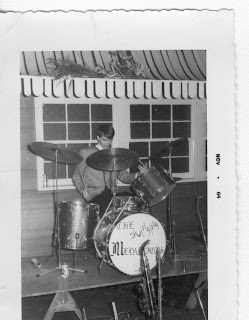 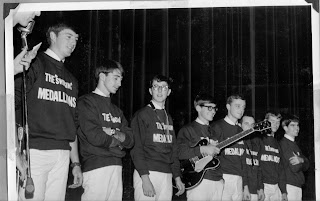 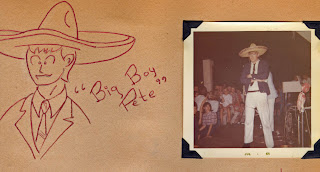 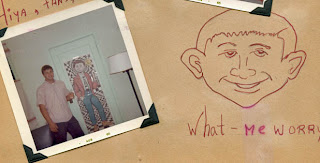 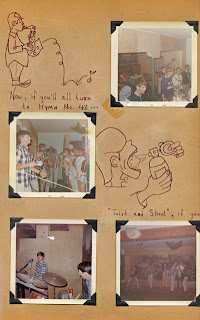 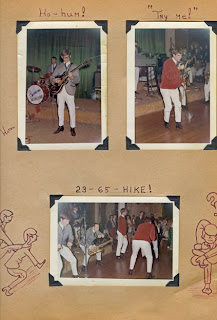 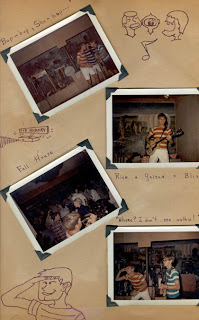